do as the Hollanders do!” OK this is a very old saying originally focused upon Rome and its Romans but to most foreigners it also counts for our country when visiting the Low Countries.

Again today and tomorrow Holland, one of the smallest but also most crowded countries on this planet, will rule the headlines in the media! First: in a few days in a television show broadcasted by Dutch national television kidneys will be donated to those who are in need of them, but first one of the needy people has to win this show. Second: one of our most notorious Dutchmen, Geert Wilders, pronounced today that the police should have the legitimate right to shoot rioters when threatened. We would be the first country in the world if this bill really would pass legislative power….

Still one advice: when come to Holland, don’t do as we do, act as a citizen of the World and just accept us as we are: a very curious bunch 🙂
Holland is a peculiar country, peculiar for as long as it exists; now some 500 years now, it depends. First we were roaming the world, trading mirrors and stuff for more valuable trade, waging battle on England, Spain and France, and last but not least: we were very successful in catching slaves……

Later on we were the ones who, after WW II, came up with the idea of a BENELUX, one of the ‘founding fathers’ of the European Union. And now that we are that important member of the EU we want to get out of it as quickly as possible. Only last week our prime minster J.P. Balkenende addressed the European Committee and announced that Holland would never accept a European legislation…..

‘Wooden Shoes?’ you might ask, for long we don’t wear ‘m anymore. We still produce ‘m but that’s just for exporting ‘m.

We were the ones who, in benefit of our own Golden Age, for centuries let anyone in who was looking for refuge and now we won’t even allow a sufficient number of Europeans (nb: mainly from the East) enter our country to help our elderly people (and we have a lot of those eldery people & in still increasing numbers).

We are the ones that think that we don’t have a queue about queuing or, when abroad, bother with it. But when you yourself would come overhere, would rent a car and drive our high ways you’ll soon find out that even the Dutch are accustomed to queuing. You’ll also soon experience that we’re not very happy about such a traffic congestion. Even your gesture of that happy smile while waiting in that queue together with other drivers, can be returned by them with the infamous finger.

We’re the ones, the only ones in the World by the way, which still are convinced that our soccer team, our Lions, will once be the World Champion; preferably in the near furture….

May all this be true than remember: we bark but hardly bite. So you’re very welcome in Holland! When you are overhere and you are really getting to know these Dutchmen and -women you’ll soon find out that we ourselves are much more citizens of this World then we ourselves are aware of. So when in Holland do as you yourself are accustomed to and in that way be a Hollander too.

‘And all of this?’ you might ask. See it as a Dutch Treat or as Dutch Courage, but most importantly: see it as a part of our national folklore….. 🙂 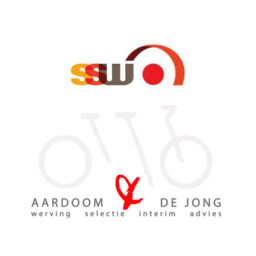